Dan Smith has a very fortunate position in the world of the DynaBowl, which in some way balances out his unfortunate position in the real world, living in the wilds of Canada as he does. Unfortunately his remote location means that a face to face interview was not possible – they barely have electricity where Dan is, let alone a runway. Instead we are forced to carry out our interview over the crackliest of telegraph wires which may have led to some miscommunications, but hopefully I’ve managed to salvage a meaningful conversation from the electronic wreckage.

NB: Wherever I am unclear about what was said I have entered my interpretation of the conversation in [square brackets]. This may not reflect Smith’s original intent. 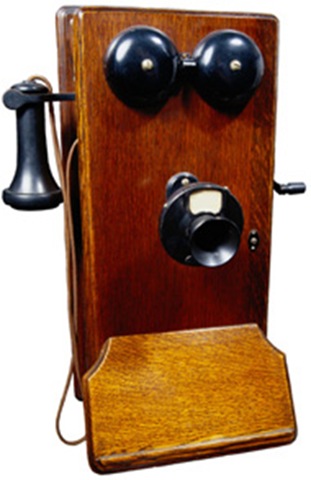 I start by asking him about that stroke of great fortune he had in teaming up with Benjamin Hendy, the Commissioner of the DynaBowl league, the man who wrote the rulebook and the man with whom he co-runs the Dynablaster Bombermen. How will the dynamic work between them?

A: “Well, he wrote the rules so I see him handling most of the [cheating]. I’m more of a gut feeling type of guy who will just suggest stupid things that ensure we go out in the first round of the playoffs.”

Q: And have you had any hand in the rules?

A: “I haven’t had a hand in the rules, as quite frankly I am as baffled by them as [any fluent speaker of the English language would be].”

Q: So was there anything you’re cursing Hendy for missing out?

A: “[Basic literacy]? Seriously though, it would have been nice if the auction could have been held somewhere less accessible like beautiful Ottawa.”

Q: After the first year of the Chatterbowl this might have seemed like a dream pairing, with you and Hendy both making a bit of a run for the title, but Hendy really regressed in year two while you continued to excel. Are you worried he might drag you down?

A: “Well I may have gotten lucky a couple of years running but the fact that I couldn’t push on to at least the final suggests something is missing. I’m hoping that Hendy will add his special sauce that turns us into the Big Mac of Fantasy Football. Or a Whopper at the very least.”

Q: Now, being based over in North America, does that give you a strategic advantage, being closer to the action?

A: “I hope not, otherwise I should be doing a hell of a lot better than I have been. I do get to watch more games live but with the internet, [everybody’s ahead of me. My television only shows games in black and white, I can barely tell the sides apart].

Q: Are there disadvantages to the location? The CFL runs until November. Will that keep your eye off the pigskin?

A: “While it is true that Ottawa has a CFL team for the first time since 2005, they went and called themselves the “RedBlacks” and I can’t take a team seriously that just names itself after the colour of their uniforms so have sworn off CFL for the foreseeable future. [Moose knuckles on the other hand].”

Q: So what are the key transferables from the Chatterbowl? Where does The DynaBowl differ?

A: “Ultimately there are only two things that are the same in the Chatterbowl and The DynaBowl, the gentlemen [of low moral stature and even lower hygiene] who own the franchises and their cluelessness.”

Q: So what will the key to winning The DynaBowl be?

A: “The key is to tapping into the stupidity of all the other managers and making them do things that are disastrous to their team. Off the top of my head and thinking of nobody in particular, this will include things such as getting someone to buy Drew Brees for [a very reasonable] $300.”

Q: Is there anyone you particularly want to see on your team, once the auction is over and done with?

A: “I could not possibly comment at this time. Although I do really think we should be bidding high on all Saints players.”

Q: Who do you think are the greatest threats are in this league?

A: “The biggest threat to my sanity is probably David. The biggest threat in terms of winning the league is hard to say at this point, as nobody has shown that they actually have the faintest idea of [how to breath with their mouth shut, let alone manage a Dynasty League Football Team].”

Q: Have you suggest any tricks to Hendy to use at the auction? Anything to pull the wool over other owners or psyche them out?

A: “Every one of these answers is a trick.”

Q: Any message for your opposing GMs?

A: “Hey, have some drinks on me! Wait, what’s the exchange rate?”

A: “Hey, buy yourselves some beers, get really drunk and make some bad decisions!”

And with that the operator cuts in to explain that someone else in the province needs to use the phone line now and that our time is up.