I have to confess, before we start, that I may not have approached this interview in the right frame of mind. Just an hour before, I had ended a particularly bizarre and disturbing interview with Ben Archer and between his departure and my next subject’s arrival I had been dealing with some vague symptoms of PTSD by drinking about a quarter of a bottle of Scotch.

No need to worry though, because when Chris Braithwaite arrives it’s clear that he has prepared in a similar way. Not by interviewing a borderline psychotic who makes you fear for the life of an elite athlete, but by drinking a substantial quantity of alcohol. Still, he appears to have timed his arrival well, having seemingly just hit the sweet-spot of having drunk himself sober.

His current state possibly explains the unusual arrangements that have been agreed for his DynaBowl franchise, Dyna Hard. While the team will retain the franchise name, each year Braithwaite intends to take the team to a different locale, with variations on the name to suit the new surroundings. Is he worried that this may turn the team into a bit of a travelling circus?

“Travelling? Yes. Circus? Probably. But fans of the Chatterbowl know that I favour a high scoring approach, and that’s the sort of thing that fans love. We just want to bring our brand of fantasy football to as many fans as possible, and damn the global warming consequences.” 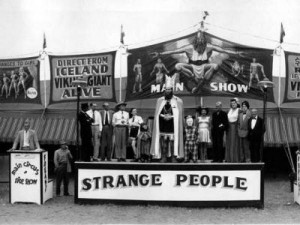 Roll Up! Roll Up! For the Greatest Show On Earth! It’s The DynaBowl!

Ah, the Chatterbowl. The proving grounds for many a DynaBowl GM, and Braithwaite has certainly done that. While he may not have won the big one yet, he has been top scorer in the regular season in both years the competition has been running, and as far as he’s concerned he’s only been getting better.

“I think my performance last year was more impressive than in my rookie year of the Chatterbowl. In my rookie year I got Calvin Johnson in his record-breaking year in the first round, and snagged Adrian Peterson’s exploded knee in the second. Then I just rode their two god-seasons to the playoffs.”

And in 2013? “Last year I had a much more balanced team, despite being handed something of a dud out of the draft thanks to missing it due to a hangover.”

It’s hard to believe that he’s not used to the hangovers by now and couldn’t have powered through, but who dares stop an alcoholic in full flow? He continues:

“My problem has always been that I never have a good reliable QB, and have to roll into the playoffs with a guy like Carson Palmer. Actually, I have had good reliable QBs, I’ve just traded them for awful, unreliable QBs. So that’s a bit of a priority this year. This year I’m just getting Sam Bradford and being done with it.”

It’s not always clear when it’s the booze talking and when there’s some actual sense springing forth. In this case it’s pretty clear which is which.

Still, an interview subject well lubricated and ready talk is a journalists dream and, outside of all the bullshit, you never know when some hidden gem may come out. More than any other GM I have had the privilege (or otherwise) of talking to so far, Braithwaite is happy to illuminate on his true thoughts which leaves me with a mild moral quandary, one which is easily resolved when I remember that I don’t have any morals but I do have the PIN to his answer phone.

So how does he feel The DynaBowl will differ from the Chatterbowl experience?

“I think the key to Dynabowl will be even-keel management and long range planning,” he says, quoting directly from Dynasty Football 101 and, rather unfortunately, almost losing his balance on his chair as he says the words ‘even-keel’.

“I have a feeling that we’ll have a few teams who are well managed and perennial contenders, a few that are regular bottom feeders, and some that’ll be like the like the Texans and go from good to terrible and back to good in blinks of an eye. I feel I’m likely to be in that final category, just because of my tendency to be awful at long term planning and my love of making occasionally inspired trades. And regularly awful trades.”

So who will those teams be, the regular contenders and the bottom feeders? Braithwaite’s not afraid to name names.

“While Goody [James Goodson – Sundance] showed incredible beginner’s luck last year, I think the presence of Mat [Ward] will cancel that out for him this year. D-Slatz [David Slater, Dynasore Losers] is always a contender because he knows his onions. He also tends to have unpopular opinions about players which often turn out to be right, which is a good quality to have in Dynabowl. I suspect Hendy and Manboob [Commissioner & Deputy Commissioner respectively] have been secretly gaming the scoring system so that they can take advantage of some hidden point scoring opportunities though, which makes them hard to look past. Really, everyone has a chance. Apart from Ben [Archer, teamed with Dan Sayles] and Mark [Simpson, teamed with Neil Hawke], obviously.”

I can only put the lack of mention for maverick wildcards Kelkowski down to the struggle to recall their name, which is hard enough to remember sober.

Still, accusation of collusion over point scoring brings us onto the subject of the rules. The Commissioner has produced an in-depth rule book which runs to several volumes and which has raised the ire of some GMs. Braithwaite sits up straight and his eyes widen at the mention of rules. A glob of saliva drips from the corner of his mouth as he ventures forth his opinion.

“I’m a big fan of rules. It’s best to have as many potential issues covered off before we start, because everyone can look at them from a neutral perspective. Once rule changes might affect one person more than another, the league runs the risk of owners flouncing out, and while that is a proud part of the Chatterbowl history, it’ll be awkward in Dynabowl. I’m not sure how we can marry up stability with our one-flounce-per-season minimum though.”

Ah, the flounce. Something Braithwaite has yet to partake in himself. His style is more passive-aggressive, disappearing for days, if not weeks, at a time before re-emerging as if nothing has happened. I put it to him that this, in its own way, is a flounce. “Look, fuck off,” is all I get by way of a response, and for a moment I think he might flounce the rest of the interview. No such luck though as he continues to talk at me. Apropos of nothing he raises the question of Michael Sam, the first openly gay player to enter the NFL.

“I don’t think Dyna Hard, despite the homoerotic suggestion of the team name, would be the right environment for him. I don’t want to ruin the surprise of our travel plans, but from year 5 and beyond, when you’d expect him to be in his prime, we’re likely to be in some fairly inhospitable environments for people of his lifestyle.”

Is ‘lifestyle’ the right word to use? It makes it sound like Sam has chosen his path. Braithwaite waves away my interjection to contiunue.

“That being said though, if he shows the talent to make him worth a DynaBowl roster spot, I won’t hesitate to force him to play in a place that’ll make him feel somewhere between “deeply culturally uncomfortable” and “at constant risk of arrest or stoning”. Because at that point I’ll respect his potential talent so much, obviously.”

He tries to bring things back to a more PC level. “You can’t refuse to employ a player just because the city he’s playing in might be awful for him to live in. Otherwise how would the Buffalo Bills exist?”

But what about the locker room, I ask. Is there anyone you couldn’t sign if you brought Sam onto the team? I’m not convinced he understood what I was asking though as he seemed to imply he would want to roster definitely-maybe-a-murderer Aaron Hernandez.

“Well probably Aaron Hernandez, just because if we knew one of our players was going to be murdered by a team mate, it’d be good to have predicted the culprit in advance.”

Apparently this is a good point for Braithwaite to wave his hand and order more service, despite this bar not featuring wait staff. Still, his demands for booze are met and a lavish tip is left.

Back to The DynaBowl, how prepared is he for the demands of a salary cap league? His answer is unsurprising.

“Is ‘hope for the best’ a strategy?” he asks back. I barely offer a shrug before he goes on, “If not, is ‘hope for the best while getting drunk’?” He raises his glass and cheerses my empty hand before knocking back another slug of whiskey.

“I have no clue how the cap will factor into strategy. I tend to be quite confident in my valuations of players, and did really well in the auction league last year because of that, so I have a feeling I will either be setting the market early in the draft as everyone has players undervalued to my eyes, or I’ll be sitting there with no players waiting for everyone else to run out of money. My main actual strategy will be to do tonnes of research, and then stick rigidly to my board. If I end up with 5 players and left with 45 $1 players, at least I can then blame Excel, rather than myself. Right?”

It feels like a plea for absolution in the event of him messing everything up, but it will only be the Dyna Hard fans who can grant him that, not me.

Finally I feel I need to raise the drinking issue. The league has it in its powers to enact some harsh penalties. Is he concerned that he might fall foul of the alcohol-related substance abuse policy? His reaction is not encouraging.

He stands and says, “There’s a league policy on alcohol abuse? Is it that alcohol abuse is mandatory?” before finishing off his drink, high-fiving himself, turning, tripping over his chair, falling flat on his face and then urinating where he lies.

It’s going to be an eventful season. 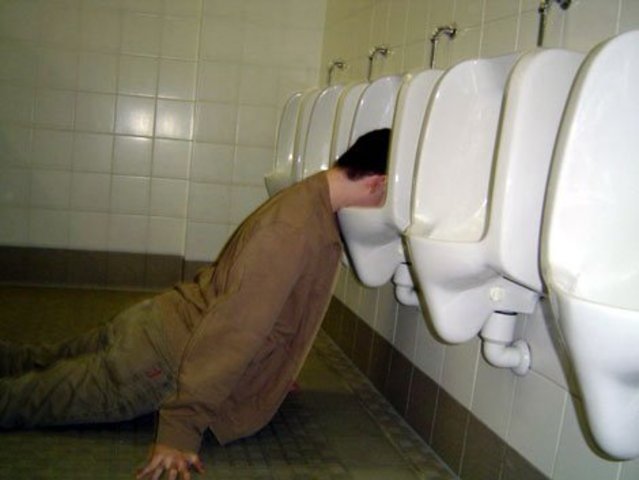